the world’s quality informationto the people who need it.

We will continue to send quality information from around the world to those who need it.

The amount of information all of us can read everyday is exploding. It’s impossible to read it all and hard to determine the reliability of that which we do get to read. In this era of information overload, SmartNews strives to deliver quality information for our users through advanced algorithms and simple user interfaces. Furthermore, SmartNews strives to support creators of quality content for the betterment of our society.

Thinking about our mission, “Delivering the world’s quality information to the people who need it,” we only provide a small part of that “quality information” through SmartNews. While our app is already used by many people in Japan, we want it to be used by many more around the world. Our major challenge is to build a scalable architecture that enables global expansion. We are showing rapid growth in the United States, but we aim to expand our user base beyond the U.S. To do so, we have to think constantly about what value we can bring to our users.

By analyzing not only news in the narrow sense but also a wider range of information, we should be able to achieve a non-linear increase in the scale and variety of our data. With that expanded database, we will be able to further leverage machine learning, enabling us to understand deeply both the nature of information from around the world and the needs of our users. We must not only constantly think about how to create a scalable system and how to process big data, but also about the best design for displaying such a wide variety of information from around the world, while maintaining the simplicity of our user interface.

At SmartNews, earnest discussions are always encouraged in order to truly understand what we can do to make users happy and our society full of joy. What is quality information? How do we define diverse information? There are philosophical questions that we must challenge ourselves to answer.

If you are a person who can boldly forge a path even in the midst of uncertainty; if you can identify problems and solve them independently; if you respect others from diverse backgrounds while believing in the global impact of the work that you do: You are the type of talent we are looking for. We welcome you to our journey. 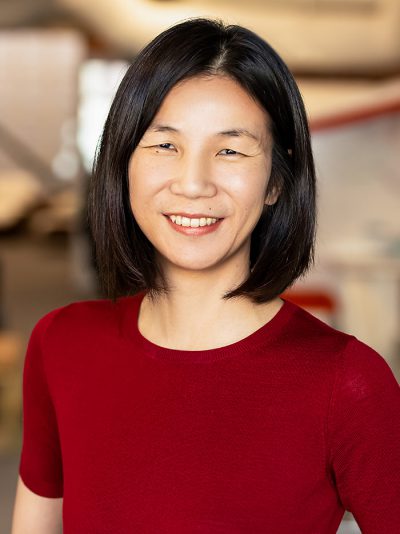 Jeannie Yang is the Senior Vice President of Product for SmartNews. Jeannie has over two decades of experience at the leading edge of software engineering and product development in social, mobile, and media experience for some of the Internet’s most recognizable brands, including Yahoo and Smule. At SmartNews, she oversees all aspects of product development, news discovery, and information delivery for more than 20 million monthly active users. Jeannie holds a bachelors in Electrical Engineering and Computer Science and a masters in Management Information Science from the University of California, Berkeley. She holds over a dozen patents, and has published several academic articles.

Rich Jaroslovsky is Vice President for Content & Chief Journalist of SmartNews. He spent more than two decades as a writer and editor for the Wall Street Journal, including serving as its White House correspondent and National Political Editor. Starting in 1994, he was the founding Managing Editor of The Wall Street Journal Online (WSJ.com), and founded and was the first President of the Online News Association.
He later joined Bloomberg News, where he was Executive Editor in charge of its worldwide economic and governmental news, and a nationally known columnist and commentator on personal technology. 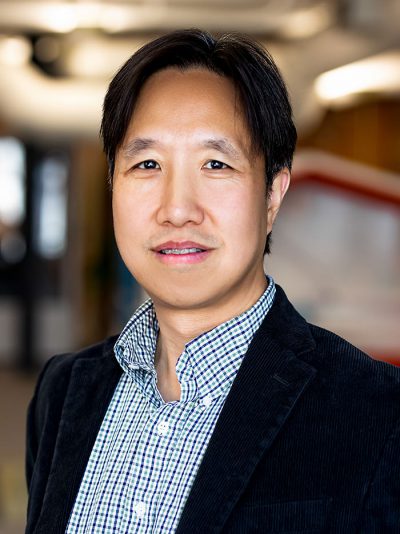 Youlin Li completed his master’s degrees in computer science and molecular biology at the University of Wisconsin–Madison. Since 2004, he has served in various leadership positions at Internet companies including Yahoo!, Microsoft, Google, Facebook, and Renren. In January 2017, he joined Facebook as the person responsible for its News Feed infrastructure, and led the development of the feed backend into next-generation cross-product ranking platforms and infrastructure able to support over 1.5 billion daily active users. He joined SmartNews to lead the company’s news backend, data infrastructure, and AI platform efforts. This has been his current post since May 2019. 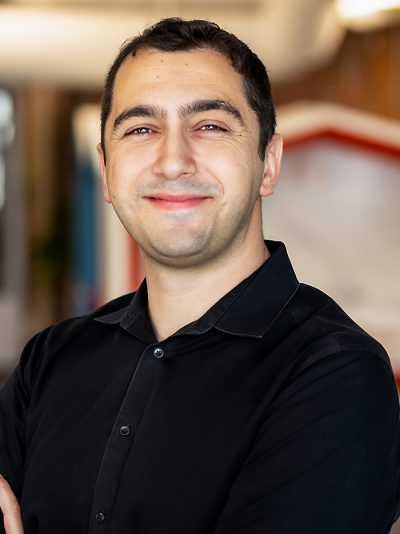 Vice President of US Marketing

Vice President of US Marketing

Fabien-Pierre Nicolas is Vice President of US Marketing for SmartNews, where he is responsible for marketing strategy, user acquisition, product marketing and creative. A proven leader on mobile growth, he joined SmartNews in 2017 to lead the company into the fastest growing U.S. news app. Previously, Fabien-Pierre worked as VP of Marketing at App Annie, the #1 brand in the mobile analytics space. His prior work includes marketing leadership roles at companies like Ubisoft, DeNA and Perfect World Entertainment. 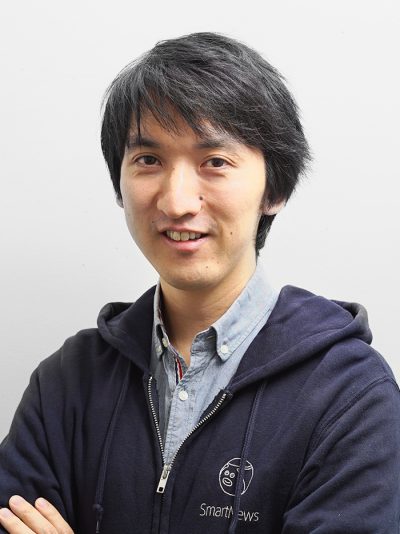 Paul Maeda graduated with a master’s degree in Computer Science from Keio University. He joined DeNA in the same year where he worked as a software engineer and system architect. He joined SmartNews, Inc. in 2015 where he was involved with advertising systems and general app-related development as both a product and engineering manager. From 2017, he assumed the position of VP of Ad Product, covering both Engineering and Product management of SmartNews Ad Platform. He assumed his current role of Vice President of Engineering of Ads and Product Feature in 2020. 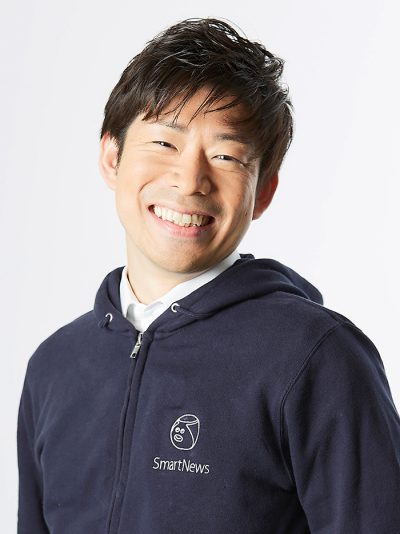 Tetsuya Matsumoto joined SmartNews, Inc. in 2019 as Vice President of Corporate Planning and Finance. He previously worked for the private equity fund, Unison Capital, Inc., for eight years, engaging in overall private equity fund activities. Prior to that, he belonged to the M&A team of the investment banking department at the European investment bank, UBS, for five and a half years, taking part in M&A advisory services in Tokyo and London. Tetsuya initially commenced his studies in Keio University’s Department of Information and Computer Science, before ultimately changing paths and graduating from the Faculty of Business and Commerce. He completed The University of Tokyo Executive Management Program. 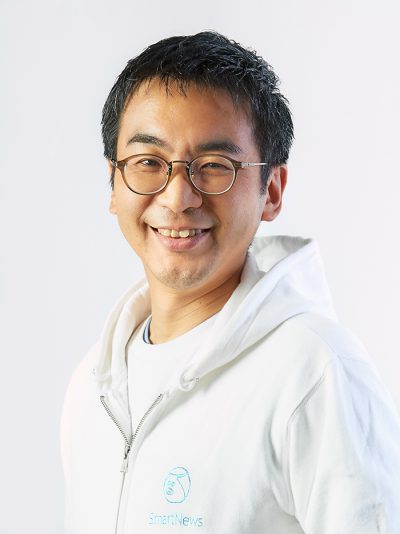 Atsushi Kuroiwa graduated from the Faculty of Commerce at Keio University. After working for a tax accountant office, he joined Starbucks Coffee Japan. After graduating from the Graduate School of Business Administration at Keio University in March 2006, he became the executive officer of the administration division at GABA, an English conversation school. He then worked in finance, accounting, legal, general affairs, and corporate planning positions at startups such as KidZania and DoCLASSE. He joined SmartNews in June 2016 and is in charge of back-office operations including accounting, legal, business administration, and risk management. 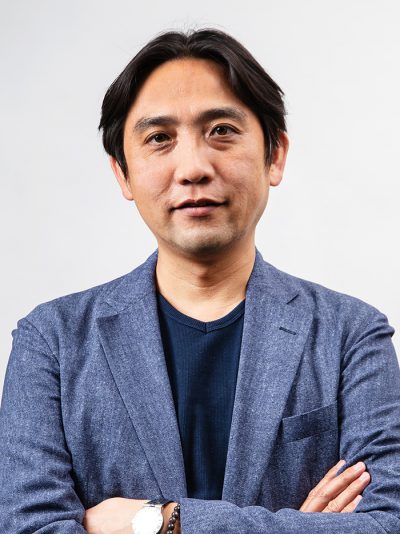 After graduating from Hitotsubashi University, Masaki Hayashi joined Dai-Ichi Kangyo Bank which is now Mizuho Bank. He later moved to Fast Retailing where he participated in their e-commerce business and their food business. He next joined Recruit Co., Ltd. where he was in charge of corporate planning and new business development. He was stationed in Shanghai, China, and led the China business as Vice President of the local subsidiary. After working for Roland Berger, a foreign strategic consulting firm, he joined Rakuten, Inc. In October 2018, he joined Smart News Inc. where he serves as General Manager of the President’s Office and is the Executive Officer in charge of the advertising business. 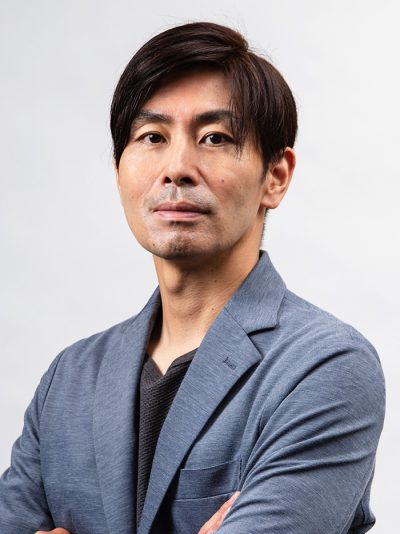 During his twenty-plus year career, Akihiko Koto has worked in marketing at global consumer goods companies such as Johnson & Johnson and across various geographies including Japan, the U.S., and Singapore. He was previously at Amazon Japan as Category Leader managing two businesses in Amazon Fresh and Prime NOW. He joined SmartNews in April 2020 and is currently the head of Marketing for Japan.

Daisuke Sasaki joined SmartNews Inc., in November 2017 where he is in charge of the business planning department. He had previously been working as an Executive Officer in charge of the Entertainment Business Division of LINE Inc. In his previous position, he was in charge of a number of services in the UGC/PGC domain and entertainment business. 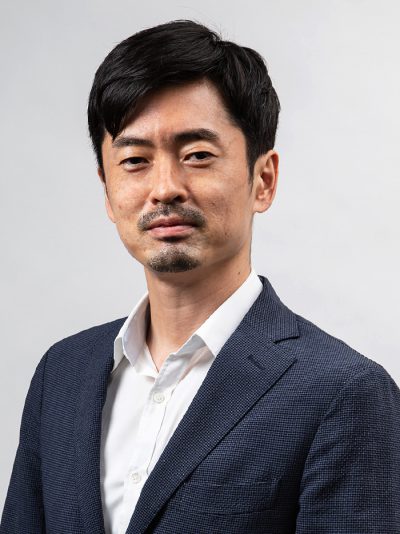 After graduating from the Faculty of Economics at Keio University, Yuichi Kawasaki joined Cisco Systems Japan (now Cisco Systems, LLC.). He moved next to Netyear Group and then onto Hatena in August of 2004. In December of the same year, he was appointed Executive Vice President. In February 2010, he founded kamado and became its Representative Director. Mixi acquired kamado in December 2012, and Yuichi joined in January of the following year. After serving as Executive Officer and General Manager of the Cross Function Office, he became COO in June 2013. He joined Smart News in August 2014, where he was appointed Executive Officer in charge of advertising business development.

Ken Suzuki is CEO and co-founder of SmartNews, the global leader redefining information and news discovery. Ken co-founded SmartNews Inc. in 2012 with the mission of “delivering the world’s quality information to the people who need it.” He is responsible for the vision and strategy of SmartNews, which entered the U.S. market in 2014. Ken graduated from the Department of Physics at Keio University in 1998. He received a Ph.D in Complex Systems and Artificial Life from the Graduate School of Arts and Sciences at The University of Tokyo in 2009. He has also authored several published works such as “Namerakana Shakai to Sono Teki (The Smooth Society and Its Enemies)”.

Kaisei Hamamoto is COO, Chief Engineer and co-founder of SmartNews. Kaisei has been interested in aggregating massive amounts of information from the Internet and transforming them into effective visualizations that help people to better understand the world. This interest developed into a personal project in 2010, then evolved into SmartNews in 2012. His passion for engineering and technology fueled SmartNews to grow into the No.1 news app in Japan.
Kaisei graduated from Tokyo Institute of Technology’s School of Information Engineering. 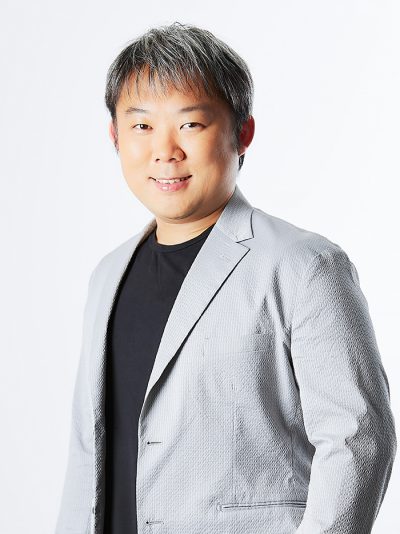 Yi Ren is CSO of SmartNews. With more than ten years of business management experience, Yi is responsible for overseeing strategy and corporate planning. Yi joined SmartNews from DeNA China, where he served as CEO, growing the organization into a leading mobile game publisher. He built the business from scratch, managing strategy and business development, into a successful game business across Asia. He was also involved in the establishment of Dream Incubator China in late 2010.

Yi graduated from the University of Tokyo’s Department of Chemistry and Biotechnology School of Engineering, and completed his Master’s degree there as well.